I grew up loving stand-up comedy ever since I was a kid.  Unlike most other kids I knew, my parents were more open minded and permissive than other parents with what my brother and I were allowed to watch on TV or at the movies.  My Dad took us to see Ridley Scott’s ALIEN when I was in the second grade and took us to An American Werewolf in London in fourth grade, cool like that.  My house was the cool house for kids to spend the night on weekends back in the day.  Growing up in the 1970s and 80s, the moment Betamax hit the market was the beginning of my stand-up comedy education.  Redd Foxx, George Carlin, and Richard Pryor got plenty of airtime at Casa de Sandoval.  I was buying stand-up comedy cassettes and would record the Dr Demento Show on my portable tape recorder each and every Sunday night.  It was practically a religion to me.

When I got to Los Angeles after getting out the Navy, Bill Hicks was my favorite comedian because he truly seemed to fit with my worldview at the time.  I’m still in touch with plenty of my old shipmates after all these years.  Men that I consider my brothers, just like real family, and we argue and bicker just as much today as we did back in the early 90s.  One of the things we bickered and argued about was about the whole “love it or leave it” attitude that plenty of Americans tend to exhibit.  Thinking about it more, now it’s worse than ever because of this whole Trump phenomenon.

But I’m a believer in liberty and freedom, and contrary to popular belief, they’re not necessarily the same thing.  It’s been my observation and experience that the people who overuse the word “freedom” are not to be trusted.  Because more often than not, they seem to be obsessed with taking yours away all because they don’t understand the difference between symbol & substance.  Well let me clear it up for you, “freedom” is a concept that involves a whole country and all of the people within it.  As where “liberty” is more about the rights of the individual.  Fundamentally, the United States is considered a “free country”, and in a free society it is the right of individual liberty and personal sovereignty that reigns supreme.  Which brings me to symbol and substance.  In our free society, it is our Constitution that is supposed to be what guarantees our national freedom and individual liberty.  That’s what makes the Constitution of the United States of America the substance that binds us as a nation.  The flag, on the other hand, is a symbol of the promise of equality as a constitutional republic for which it stands, one nation indivisible.  It’s the symbol, not to be confused with the substance.

If I had a dollar for every time I witnessed a bunch of faketriots on social media telling other Americans to “love it or leave it,” and subsequently pontificating that the flag is what our military fought for, I could buy the New England Patriots and still have enough left over to sign Colin Kaepernick and punt Tom Brady to the bench out of sheer spite.  By the way, he wasn’t kneeling, but doing a genuflect (learn the difference), during the national anthem over police violence and somehow it was all turned into an act of defiance against the military, the flag, and what our military personnel fought for.  Well let me tell you this, when I took my solemn oath upon enlistment into the military, the oath that I swore was to uphold, support, and defend the Constitution of the United States of America from all enemies, foreign and domestic.  Nowhere in that oath was either the flag nor the national anthem ever mentioned.  The flag is a symbol of a promise and the Constitution (notice the capital “C”) is the substance of a guarantee.

We’re all free in this country to express ourselves individually, and this includes the right of an individual to burn the flag if they feel that neither their government nor their nation is living up to the promise that the symbol is supposed to represent.  That right was fought for in the court system, all the way up through the Supreme Court of the United States of America. Before anyone goes keyboard commando about their right to beat up people who burn the flag that they think U.S. Military personnel fought for, no you don’t have that right.  That would be called assault and battery and though the penalties vary from state to state, it can range from fines to imprisonment depending upon the severity of the offense and your criminal history.  It’s not something that’s worth landing yourself in the pokey over.  But since this blog post started in how I love stand-up comedy, particularly Bill Hicks, I’m just going to leave this right here.

Copyright Disclaimer Under Section 107 of the Copyright Act 1976, allowance is made for “fair use” for purposes such as criticism, comment, news reporting, teaching, scholarship, and research. Fair use is a use permitted by copyright statute that might otherwise be infringing. Non-profit, educational or personal use tips the balance in favor of fair use. 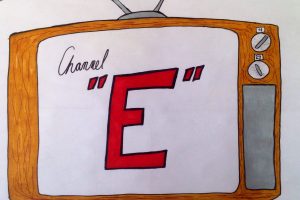 Comments are closed, but trackbacks and pingbacks are open.

This is an example widget to show how the secondary sidebar looks by default. You can add custom widgets from the widgets screen in the admin.